The church, which had to be relocated due to the flooding of the Orlík reservoir.

Hardly any monument reminds us of changes in the Vltava River as much as the Romanesque Church of St. Bartholomew, which had to be relocated before the Orlík Reservoir was filled. The original settlement of Červená nad Vltavou disappeared along with the church.

The church was founded in the 12th century by Zdislava, the mother of George of Milevsko. It has a high artistic and historical significance. Though austerely equipped (an altar without a picture, an organ and a bench), a special atmosphere breathes on you. The ribbed vault of the presbytery is perhaps the oldest of its kind in Bohemia and you will certainly notice the numbered stones. When the church was manually demolished and rebuilt 60 m higher, it was by these numbers.

You can view the church from inside only twice a year:

The bell tower next to the church is freely accessible, but it was not of such great historical value, so it was demolished and rebuilt in the same style. 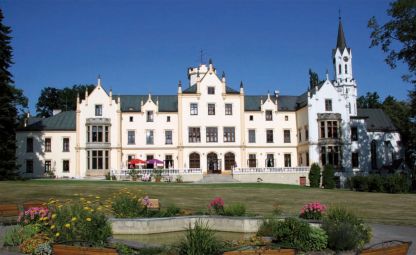 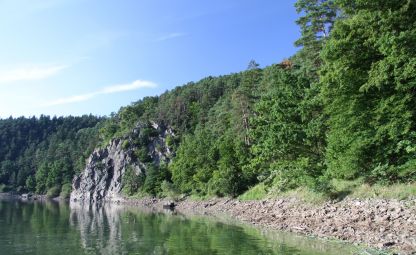