A majestic castle towering on a rock above the water surface.

The Orlík castle, built on a rocky promontory above the Vltava River, was once reminiscent of an eagle's nest. Orlík towered majestically over the Vltava River, which flowed beneath it in the deep valley towards Prague. After the flooding of the Vltava valley by the Orlík reservoir (1960-1962), the building is now reflected in the calm water surface.

The castle offers one guided tour. The rooms remained in the condition the Schwarzebergs were forced to leave them in in 1948.

The first written mention of Orlík comes from the years 1230-1251, from the time of the reign of Wenceslas I, when the customs duty on the Vltava near Orlík is mentioned in the archival reports. Orlík was at that time only a wooden castle. At the turn of the 14th century, the building was converted into a stone Gothic castle. Orlík remained in the hands of Czech kings until 1357, when, according to the preserved charter, Charles IV. awarded the castle to Chancellor Detrich of Portice in the noble estate. Many families, e.g. Zmrzlíks of Svojšín, Švamberk and Eggenberk, were the property owners. Finally, at the beginning of the 18th century, it was owned by the Schwarzenbergs. They have managed it until today, as well as the nearby castle in Čimelice.

You can take a cruise to the castle by a regular boat line from the Zvíkov castle. 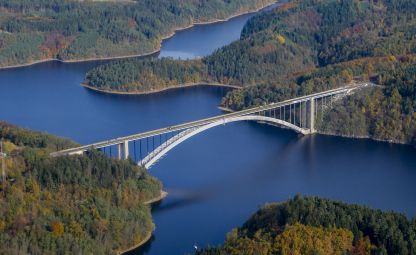 The tour of the castle takes about 50-60 minutes.