The castle in Zbraslav was formerly a Cistercian monastery, later rebuilt into a castle designed by G. Santini and F.M. Kaňka. In the original monastery there was a burial place of the Přemyslid dynasty. The castle was returned to the original owners in restitution, so only the park is open all year round. There is, however, the church of St. James the Elder. Part of the castle currently serves as a depository of the National Museum Library. It is also possible to rent a representative space here for various festive events.

History
Originally a monastery, it was built in 1333, and a hospital with a chapel belonged to the monastery from the 15th century. However, already in 1420 the monastery was burnt down by the Hussites and thus it was being repaired until the second half of the 16th century. In 1611 and 1612, the monastery was again damaged by the Passau troops and the mercenary troops of Emperor Matthias. In 1622 the monastery was given a gift of confiscated estates. Then a few more stages of the construction of the monastery took place in the following decades. In 1785 the monastery was abolished as a result of Joseph II's reforms. Subsequently, the monastery became part of the state estate. In 1910, the complex was bought by Knight Bartoň of Dobenín, and the reconstruction into the present day form started. 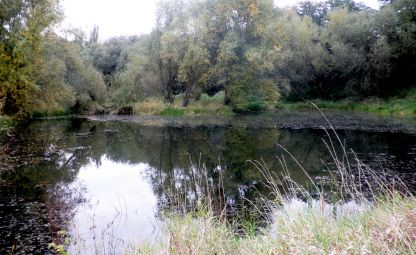