The Modřany and Komořany pools originated in the 19th century at the confluence of the Berounka and Vltava rivers. The site is bordered by a river on one side and a popular A2 cycling path on the other. The whole territory has an area of almost 13 hectares and in 2014 it was declared a specially protected area.

The pools first served as protection against floods, and then the site became overgrown and formed a floodplain with valuable moisturous grasses. Among the most valuable are the shrub (critically endangered water herb), the frogbit (heavily endangered) and the flowering rush.

We can also find all sorts of animals, among them the rare Kingfisher or endangered species such as Marsh Frog or Dice Snake. 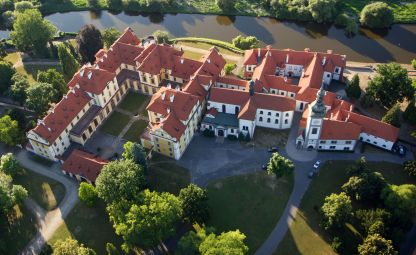