Hydroelectric power station with a lock unique in Central Europe.

The Štěchovice Hydroelectric Power Station is one of the most important technical structures that began to be built during the First Republic. On the basis of contemporary photographs, visitors can get acquainted with the history of the building and the operation of the power plant. Visitors will also enjoy an exciting 20-minute film about hydroelectric power stations, the principle of work, turbines, etc. The tour of the center also includes an excursion to the power plant.

In the vicinity there is a nature trail Svatojánské proudy, where you will find information boards about the construction of Slapy and Štěchovice dams and interesting facts about steamboats history and tramping.

The Štěchovice I hydroelectric power station was the second built piece of the Vltava Cascade (1938-1944). The dam is 22.5 m high, 120 m long and has five overflow fields.

Its reservoir has a capacity of 11.2 million m³ of water and serves mainly to balance outflow from the top Slapy power plant. The plant is equipped with two Kaplan turbine sets. It is one of the most important technical buildings commenced during the First Republic.
Operation of pumped storage hydro power plant Štěchovice II. with an artificial tank on the Homole Hill of 500,000 m³ was launched in 1947. The electricity is generated by Francis turbine.

At the beginning of the 20th century, the Vltava River was widely used for both rafting and classic navigation. Mainly wood, stone and salt were transported. At that time, the first projects for the construction of two high dams at Slapy and Orlík were created. The first two waterworks of the cascade, Vrané and Štěchovice, were built just with regard to navigation purposes. 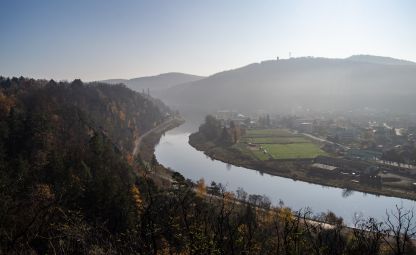 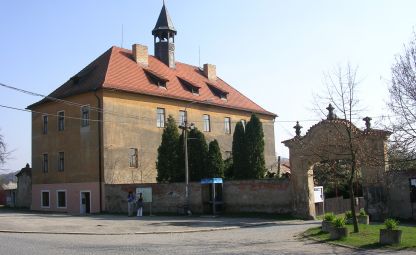