A memorial commemorating the genocide of Czech and Moravian Roma.

Lety was at first a disciplinary labor camp, later also a collecting camp, and a so-called Gypsy camp during World War II, set up on the outskirts of Lety in Písek region.

The official designation of the camp changed depending on its function. The camp was founded on August 8, 1940 as a disciplinary labor camp. From March 9, 1942, a collecting camp was built here with retroactive effect from January 1942. The conditions of internment in the camp were innitially comparable to the disciplinary labor camp - the number of interned Roma was at first minor. The composition of prisoners was later gradually changing. They were persons considered to be Gypsies by the Protectorate authorities, ie mainly Czech Roma. They were held under inhumane conditions and mostly died here or later in other concentration camps. In the second half of the 1940s, the camp was burned down and no longer used. At the same place, an agricultural enterprise was built in the 1970s - a large-capacity pig farm. A memorial was set up at the pig farm in the 1990s, and in August 2017 the government decided to buy out the pig farm from its owner, then demolish it and build a memorial. Since April 2018, the Museum of Roma Culture has been administering the premises of the former pig farm, and the Cultural Monument of Lety (since January 2018). On September 4, the government resolution was revoked, the release of funds for demolition and archaeological research was approved.

After the archaeological survey, the pig farm buildings will be demolished and a large monument built, which would use the latest technology to show the visitor the former camp. 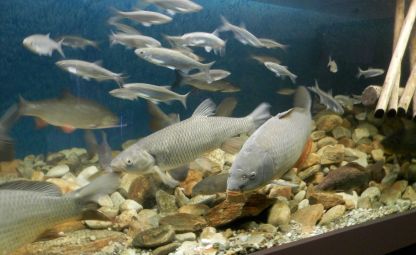 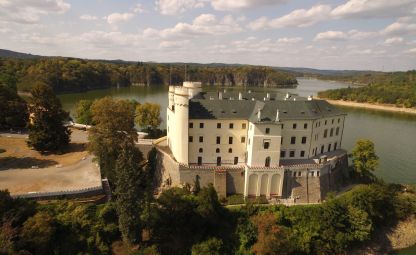