The oldest bridge in the Czech Republic.

Evidently the oldest bridge in the Czech Republic lies on the Otava river in Písek. The name Kamenný (Stone) was firmly anchored in 2007, until then the bridge was officially named Jelení (Deer bridge). It was the deer who was the first to cross the bridge and overtook the monarch who was to leave his mark on the completed bridge and give it a name. As a result, the bridge in Písek does not wear a noble name (as does Charles Bridge in Prague). However, the name Deer did not catch on. It is also called Starý (Old) among the Písek residents, as another bridge (Nový/New bridge) is built a few meters downstream, which has existed "only" for 80 years.

The building of large stone bridges in the Middle Ages was quite rare due to its technical difficulty and extraordinary cost. The construction of the Písek stone bridge was undoubtedly launched in the second half of the 13th century, during the reign of King Přemysl Otakar II. However, the first written mention of the bridge dates back to 1348, in the reign of Charles IV. The Golden Path connecting the Czech lands with Bavaria and Upper Austria led across the bridge. In the 16th century, up to 1300 packs pack animals crossed the bridge every week. Salt, precious fabrics, southern fruits, wine, and spices were transported to Bohemia. Wheat, malt, honey, lard and fish in the opposite direction to Bavaria.

The Stone bridge is 109.75 m long, 6.25 m wide and 6 meters high above the river surface. There are five ice traps on the upstream side that protect the bridge not only from ice, but also from floating trees.

Today, the bridge is a national cultural monument and a gem of the city. We could find a lot of parallels with Charles Bridge in Prague. For example, both bridges had the bridge towers, which were used for toll collection. Unfortunately, the towers in Písek did not survive, and neither did the fortifications that protected Písek. 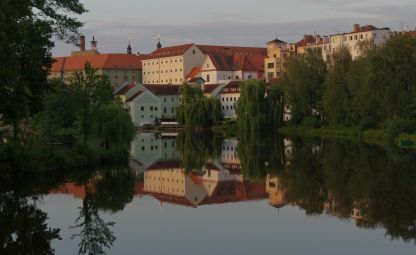 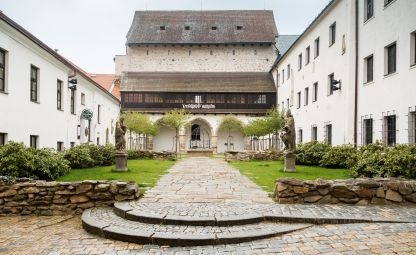