Would you like to know how our grandmothers and grandfathers lived and farmed in the villages? In Holašovice, which is a UNESCO protected monument, you can visit a Farmhouse from 1530 in the village square.

The original farmhouse was renovated. Wooden ceilings, floors, stoves with a furnace section and a sophisticated fireplace, which illuminated 3 rooms at the same time, were restored.

The former stable serves as a space for the Museum of the South Bohemian Village, while larger items such as agricultural machinery can be seen in the courtyard. The exposition of the life of a South Bohemian village with more than 250 objects commemorates the way of farming until the first half of the 20th century.

An interesting feature of the farm is also a cage lift of domestic production, which transports hay and straw bales to the above-ground level called „vodr“.

Horses are housed in the former bar, and they also run about the adjacent orchard and meadows. 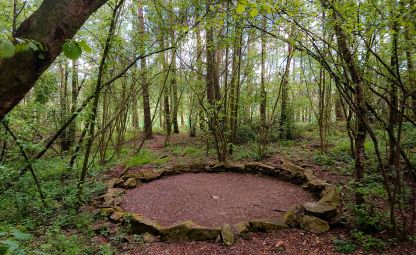