Underground to the widest well in the Czech Republic.

The construction of the Mělník underground began in the 13th century and the deepest corridor is located 25 meters below the surface. To see the treasure of the local underground we have to walk a 150 meters long tunnel. It is the widest well in the Czech Republic, which dates back to the 14th century. The well diameter is 4.54 meters with a depth of 54 meters.

The well was founded with the foundation of the city and served as the only source of drinking water. Underground spaces have also been used for food storage and as a shelter in case of danger. There are also several legends associated with the area, for example, that St. Wenceslas and thousands of knights are sleeping in the bowels of the Mělník hill, who will come to help when the country is in the worst trouble.

The underground can be visited as part of a guided group tour that starts at the local tourist information center. 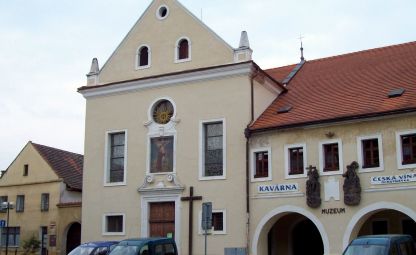