Two kilometers from Vimperk near the village of Klášterec you can admire the impressive Klášterec viaduct with a picturesque landscape around it, which traces the trail of the Golden Path. When you arrive at a viaduct surrounded by a green valley, you will hear the creek gurgling, and you will imagine a steam locomotive as it travels across the viaduct, reaching to the golden times of the railroad under the mighty monarchy.

This now rare technical monument was impressive even in its time. The viaduct was built of unedged stone blocks arching into 4 arches and was opened in 1900 within the then completed section of the Volary - Strakonice line. 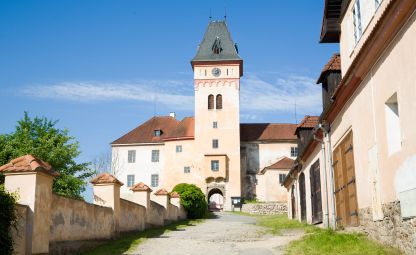 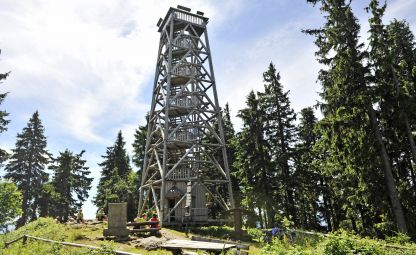