The most famous Czech castle and one of the most visited sights in the vicinity of Prague.

The Gothic Karlštejn Castle, which impresses with its majestic appearance, hides many treasures. You will find here a treasury with a replica of the Saint Wenceslas Crown of Czech kings, as well as holy relics. In the chapel of the Holy Cross, visitors can see well-preserved wall decorations from the panel paintings by Theodoric. The castle is full of life - there are dozens of various shops, restaurants and exhibitions.

Karlštejn gained its present appearance during the reconstruction in the spirit of purism, which took place at the end of the 19th century under the leadership of the leading Czech architect Josef Mocker.

The impressive step-by-step arrangement of the individual parts of Karlštejn Castle makes up its typical silhouette. The most important part is the highest situated and separately fortified Great Tower with the Chapel of the Holy Cross, where, among other things, is a unique set of 129 panel paintings from the 1360's by Master Theodoric. The chapel walls are also decorated with encrustation, ie semi-precious stones set in gilded stucco. The ceiling is covered with gold and thousands of glass lenses that symbolize the starry sky.

There are also wall paintings from the second half of the 14th century, which have been preserved on the staircase to the chapel, the Church of the Assumption of the Virgin Mary and the Chapel of St. Catherine. Another unique, wooden lining from the time of Charles IV still adorns the Audience Hall of the Imperial Palace. 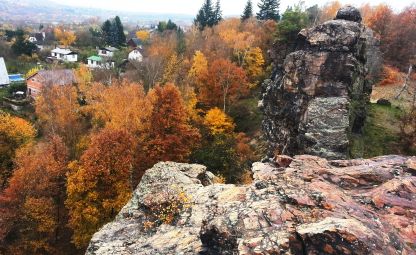 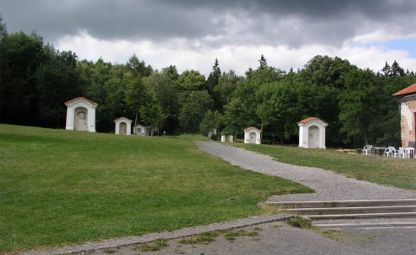 Opening hours vary by circuit, more information on the web.