Church and cemetery in the defunct village of Zadní Zvonková

The experience of nostalgia in an extinct village.

Zadní Zvonková is located on the right bank of Lipno. The extermination of the original village called Glöckelberg occurred at the time of the so-called "Iron Curtain". 1306 inhabitants lived in the village, which was divided into three parts. The church of st. John of Nepomuk, parsonage and Marie guesthouse are the only preserved buildings nowadays. The church was reconstructed in Neo-Gothic style together with the adjacent cemetery.

Church of St. John of Nepomuk dates back to the late 18th century and was repaired in the 19th century. However, at the end of the 20th century it was damaged again. The cost of repairing the church and the adjacent cemetery was taken care of by the original German inhabitants. Zadní Zvonková is a major tourist destination for cyclists passing through. From the Czech side, access to the village is possible via the ferry in Horní Planá, or the road from Nová Pec. 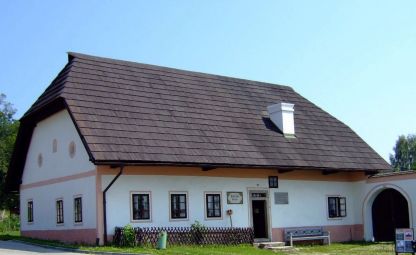 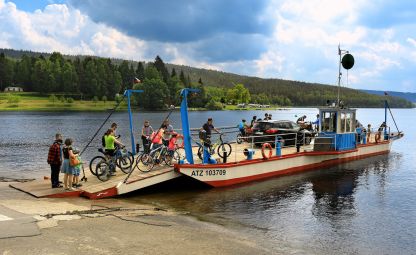