Remarkable Baroque castle of Mělník, the seat of an ancient noble family of princes of Lobkowicz, stands above the confluence of the Elbe and the Vltava rivers, and above a slope covered with vineyards.

Originally a Romanesque castle, according to legend, the birthplace of Princess Ludmila. Traditionally, Mělník was owned by wives of Czech princes and kings. The last queen who lived in the Mělník castle was Joan of Rožmitál, the wife of Jiří of Poděbrady.

Since the end of the 15th century, the Mělník Castle was owned by various noble families. After the mid-16th century it was rebuilt into a Renaissance chateau. At that time, the owners had the north wing built, with a tower and arcades that were richly decorated with sgraffito.

However, during the Thirty Years' War (1618–1648), Mělník Chateau was very desolate. In the middle of the 17th century, the entire Mělník estate, including the chateau, was acquired by the renowned Bohemian noble family Czernin, who reconstructed the dilapidated mansion and adapted it in the Baroque style. Since the second half of the 18th century, the Mělník chateau has been owned by the ancient Lobkowicz noble family, which has also renovated extensive historical wine cellars open to the public. To this day, they serve their purpose and they also hold renowned tastings.

There are 2 luxury apartments available for those interested in accommodation at the Mělník Chateau: the first apartment for 2 persons, the second apartment for 8 persons. 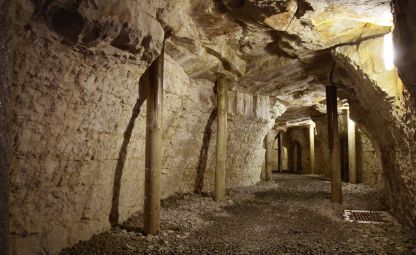