Unique triple monasteries, which occupy the second place in terms of size after the Krumlov chateau, attracts the general public and especially families and children to life, culture, history and art of the Middle Ages and Renaissance and create an interesting space for getting knowledge and experiences.

Life and art in Krumlov Monasteries

This exhibition is located in the cloister and other areas of the former Minorite monastery. It introduces visitors to the history of the Minorite Order, the building development of the monastery complex and enables them to experience the uplifting atmosphere of monastic architecture and preserved works of art. Lunet cycle of St. Francis introduces the life of St. Francis of Assisi and part of the cloister is also the chapel of St. Wolfgang, representing late Gothic and Baroque fresco paintings or Einsiedeln Chapel with Black Madonna.

The permanent interactive exhibition introduces families with children and inquisitive individuals to the crafts, skills and abilities of our ancestors, as well as the traditional knowledge of the inhabitants of medieval monasteries. The monasteries were the center of culture and education not only spiritual, but also for education about nature, its observation and understanding, as well as for economic and agricultural activities - the monasteries were largely able to supply themselves. The exhibition emphasizes playfulness, interactivity and clarity. For example, a visitor can try out the work of a medieval scribe or illuminator, paint an ornament with a template, see how food was stored, make their own bath salt, or mix an elixir in an alchemical lab.

Craft workshops open daily to the traditional crafts, which were run both on the grounds of medieval monasteries and in medieval towns. The visitor thus has the opportunity to see and touch the authentic equipment of the individual craft workshops, the craft products themselves and also try out their own production. 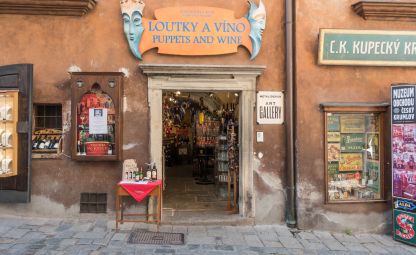 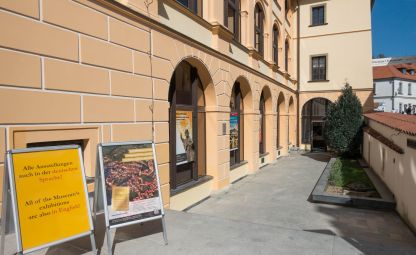