The unusual, nine-meter-high sandstone sculptures called Čertovy hlavy (Devil's Heads) are an attraction popular with tourists and locals in every season.

It is located near the village Želízy, 10 km downstream of the river Elbe from Mělník.

In terms of dimensions, it is unique in the Czech Republic. A number of these reliefs were carved into the sandstone in the mid-19th century by the sculptor Václav Levý, who first served as a chef at the Liběchov Castle, later became one of the most important sculptors of the 19th century.

From the Devil's Heads you can easily walk along the hiking trail to other Václav Levý's formations. You can also see the artificial cave called Harfenice, the rock relief of the Sphinx, and other artificially carved and natural rock formations. 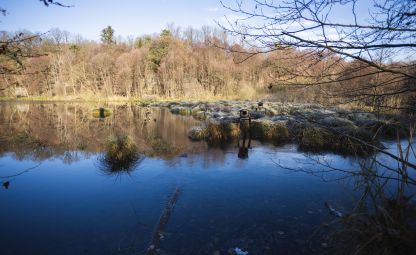 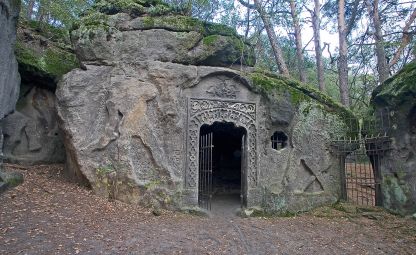