In Příbram, there is a memorial Vojna Lešetice, which is a memorial to the victims of communism. It is possible to see a well-preserved prison complex, which is unique in Central Europe.

The Vojna Memorial near Příbram (or the Vojna Lešetice Memorial or Vojna Labor Camp) is a museum exhibition dedicated to the victims of communism. It is located about 5 km southeast of Příbram in the former Vojna labor camp, on the border between the villages of Lešetice and Lazsko and the Příbram part of Zavržice. The camp was named after the settlement of Vojna, which lies about 0.8 km northwest in the forests of Zavržice, and the highest hill of the Příbram Hills, located about 1.2 km west-northwest of the camp, also bears the name of Vojna.

Vojna Memorial is an authentically preserved prison area, the only one of its kind in Central Europe. It was opened after extensive reconstruction in 2005. Originally, it served as a prisoner-of-war camp for German prisoners of war, later as a camp of forced labor between 1949 and 1951 and a prison facility for political prisoners of the communist regime until 1961.

The buildings of the headquarters, corrections, so-called bunker, infirmary, cultural center, accommodation facility G and other buildings have been preserved. The exposition of the Vojna Memorial introduces communist persecution after February 1948, anti-communist resistance and describes the history of uranium mining. The new kitchen houses a permanent gallery of modern European fine art "Orbis Pictus: Europa". 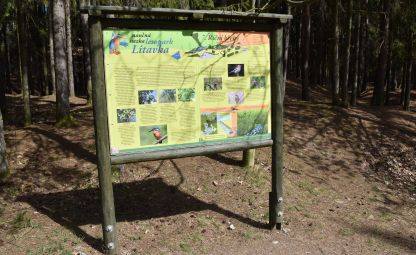 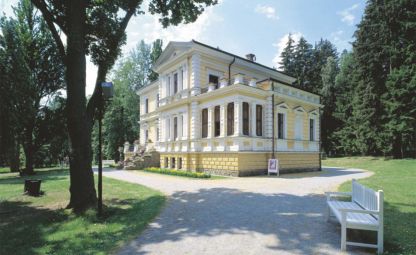