Kokořín Castle stands on sandstone rocks above the Kokořínský Mine, near the village of Kokořín.

The magnificent castle was probably built by the magnate Hynek Berka of Dubé in the first half of the 14th century. Over the next two centuries Kokořín kept changing owners and due to poor accessibility and lack of interest in its maintenance, it was mentioned as desolate in the middle of the 16th century. Then the castle was bought by Mr. Špaček, completely reconstructed it and made accessible to tourists. The large cylindrical defense tower and the two-storey residential palace have been preserved, but a completely new palace and a family chapel were built on the site of the older buildings.

Numerous historical events, concerts or other cultural events take place in the castle courtyard. You can take a ride to the castle with a sightseeing train. 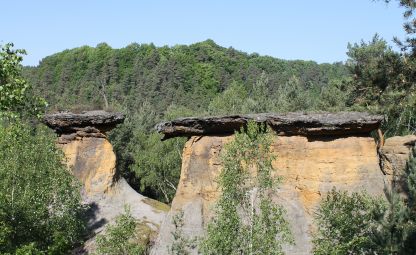 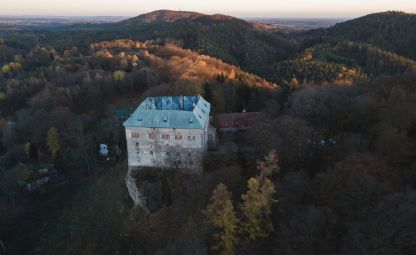